Coach’s Blog
You are here: Home1 / Coach’s Blog2 / About Racing3 / In Inner Peace with the Violence

Racers are a different breed, especially the ones you can find on top 10 result lists. Then there is the mid-field, which are about to develop something specific- and there is the back of the field which might, or might not make it to the mid-field one day. This doesn’t go for the MotoGP racers btw, because they have it and it is also why they are in MotoGP.

These racers are highly motivated aggressive machines. They are ego driven- no team player type of athletes, and no prisoners making competitors. But where the hell am I seeing a connection to you the regular street rider or amateur racer?! Well, let’s see.

Crashing in MotoGP happens ones or twice in average per race weekend. Their bodies are covered with scars and titanium plates. Blood, bandages and the smell of some kind of pain easing sport lotion on those bruises is your new aftershave cloud. A Mick Doohan almost lost his leg if the doctors wouldn’t have stitched his other leg over it to support blood circulation. He joined the championship in the same year, but he lost the title. Impressive huh?!

A Jorge Lorenzo crashes and breaks his collarbone again (that bone goes most of the time first). He flies home to Barcelona to get fixed up from the doctor he trusts, and he does. Next morning, Jorge flew back to join the race with literally an open wound and ‘gotta get use to it titanium bolts’. Now you can come with another lame one like ‘well, he’s filled up with pain killing injections’, and I’d give you right on this… but what would go through you mentally, thinking you could crash right back onto it etc?! However, Jorge made a podium spot that race!

I remember I crashed so hard at Bruno Circuit in Czechoslovakia in qualifying ones. One of the highest high-siders I’ve ever had, and landing on my hip bone. This is like dropping out of 2nd floor right on the hip and adding about 100 miles an our to it. It turns it wasn’t broken, but the bruise and pain made me walk like Quasimodo for four weeks. On the way home I called my team for tests at Nuerburgring, where they had to lift me on the bike.

Go and ask Wayne Rainy if he would do all of this again if he could reverse time and his horrific back injury which ended his career. What would he might say?!

Now let’s just put a away the most lame and quite arrogant conclusion, that this is their job and what they are all get well paid for. At this point you can trust me when I’m saying that they would do this even for free, so why and how the hell is ‘being like this’ even possible?! What is it that makes them come back after injuries you’d quit for, and performing on almost the same level where they were at before the crash?!

Am I saying just go crazy, way over you abilities? NO I don’t. Just keep doing what you’re doing and have at least a fraction of that mentality. Have goals, work on something. That keeps you brain busy in a positive way. Think of how much you enjoy to be in this particular turn right now. Ride with passion in your comfort zone and stop thinking what could possibly happen. Racers don’t think this far. Were they at where you are?… oh yes, but they’ve learned how not to think this far. So you can… inner peace is freedom! 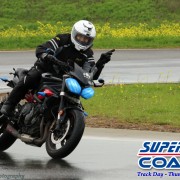 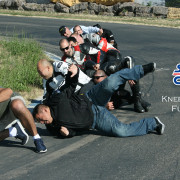 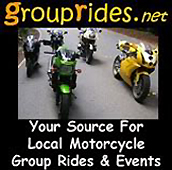 Also we, the Superbike-Coach Corp sponsors 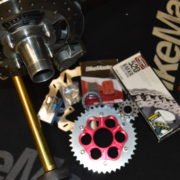