Learning fast SOUNDS good, and it is good…in areas like math or less physical sports (where the risk of getting injured is relatively low). But, let’s shed some light on our area and see why it’s not always good to learn fast…. or maybe it’s better to say…”too fast”. As usual, I have some examples of situations where a rider might have learned “too fast”!

One example is a track day. Many people say, “I need to do this because I heard I will learn a lot” to justify the cost, fun, and track addiction with the spouse. However, if you are not working with a coach directly, then it’s definitely possible to push too hard and end up in trouble. (Read my article “Does a Track Day really make you a better rider?!”).

Another one is to get pulled by an Instructor for a session. The pace could overwhelm, but that muscle memory could cause you to keep it up even the instructor is not around next time, and with him are also gone the matching lines to that certain pace.

Your personal hunger is another way to get to things ‘too fast’. You filter the internet for what you think is best for you. You passionately read books and watch videos about the subject of struggle. Nothing is wrong with it so far, but later to this.

And riding schools, such as Superbike-Coach itself. Yea, you’re reading this right… I can see my self in that picture. There is my long time student Michael for example. Michael is mid-age and a real smart guy who just started riding- last year to be more detailed! He started working with me on a very low skill level with Cornering School Day 1 and finished Day 2 and 3 in the same year. He also did a Road Skill and the Knee Down class where he dragged knee the first time. His eager and passion always reminded me when I started riding . His positive attitude and good eye-hand-coordination made him soaking it all up like a new sponge, so that a deep track addiction kicked in and he buys tickets for A-Group already. That sounds all positive you might think, but there were also 3 crashes and a surgery down the road. I don’t put this on my account because Michael has that animal in his soul. A skiing and bicycle competitor who brings this spirit also to his street and track riding. That defines him as a rider and I can prepare a rider mentally for ‘the moment’, but my options to tame an animal are limited.

Now, so what is the deal here?!… I call this simply “BALANCE” which is not right dosed for some. Now let’s say I would teach you everything to break so late onto turns that your bike would step out like Marc Marquez it does in MotoGP. I could do that, and a guy like Michael would have the guts to apply… but that doesn’t mean that he’d be able to catch up a side out stepping bike or even a locked up front wheel. 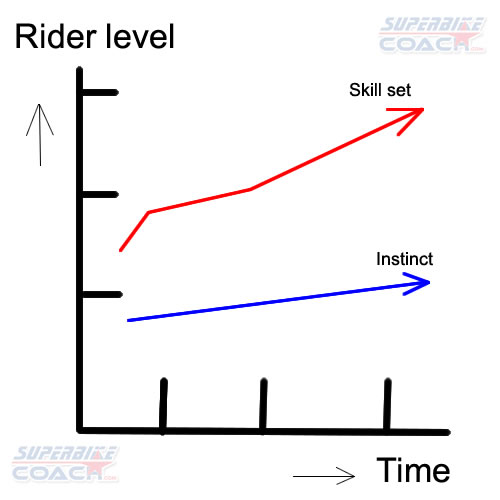 What am I meaning is, that the pace he’s picking up the “SKILLS” is putting him ahead of his “INSTINCTS”, which need to be created- or better- developed to ‘catch shit up’. If this development can’t keep up with the skill-pace, then it got out of balance.

Instincts are growing slower though,and its substances are feed by situations which you actually try to stay away from. Muscle memory is in the making while actually doing things. Does this make sense?! Also, a kid who has new toys- wants to play with them immediately. That’s the point i take to my account… to teach piece by piece- step by step, and to identify a ‘animal nature’ quicker as I use to do.

See… I am also learning, and that’s positive. Negative is only when you don’t see yourselves when trying to skip on things in order to learn fast to be fast. Trust me… you wont for long.

P.S.: Michael, William, Elena, Vitalii and Connor… be careful out there :-) 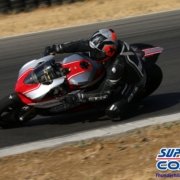 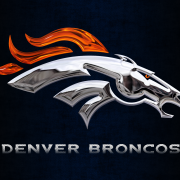 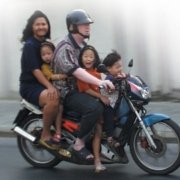 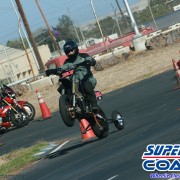 How to find Sponsors to Support your Racing Career

Congrats to the Denver Broncos!