You are here: Home / Coach’s Blog / can akkaya racing career

20 years after professional racing… 20 years man- but it actually feels like yesterday, and sometimes it seems i have still the 124 octane/racing oil mix of a 250cc MotoGP bike in my nose, while a HRC mechanic warms up that high-end engine at a 120 db. 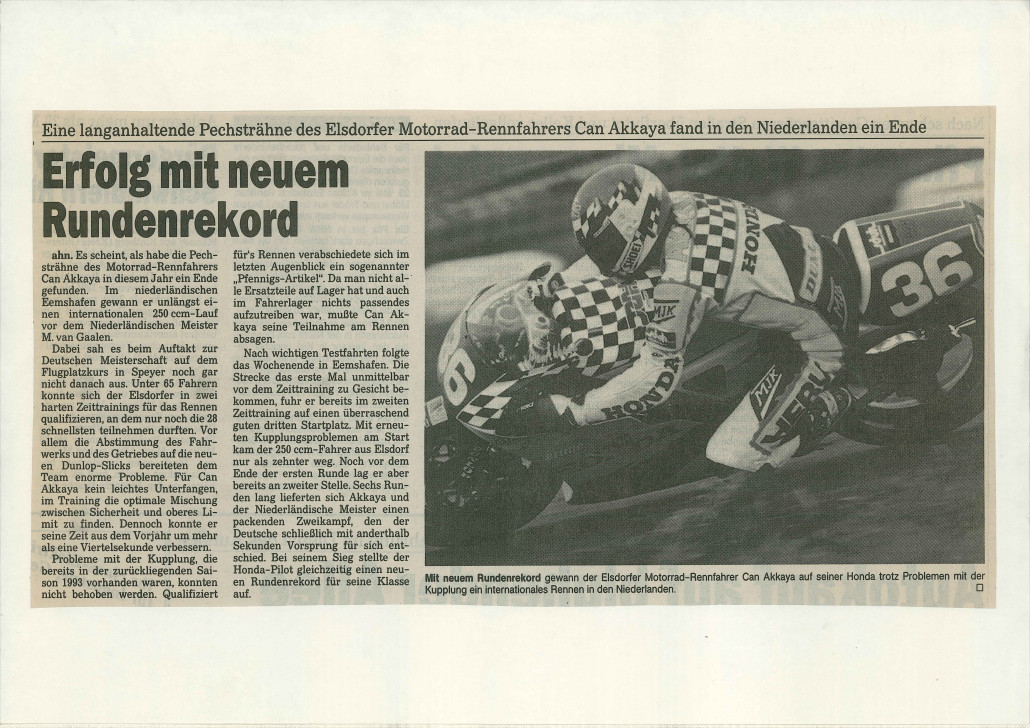 Success and lap record for Can Akkaya, announces the Werbepost News about his race in Eemshaaven 1994

But you know what?… I’m sad, and I’m mad about myself, because lots of things have changed in those 20 years, and I didn’t keep enough material to just have it for myself- or for people who might think all of that didn’t happen, and some keyboard junky could easily put a question mark over my credentials. Almost understandable, because hundreds of newspaper cutouts are nice, but they are not even to find online on the website of the magazine who wrote it, because there was no internet back then. 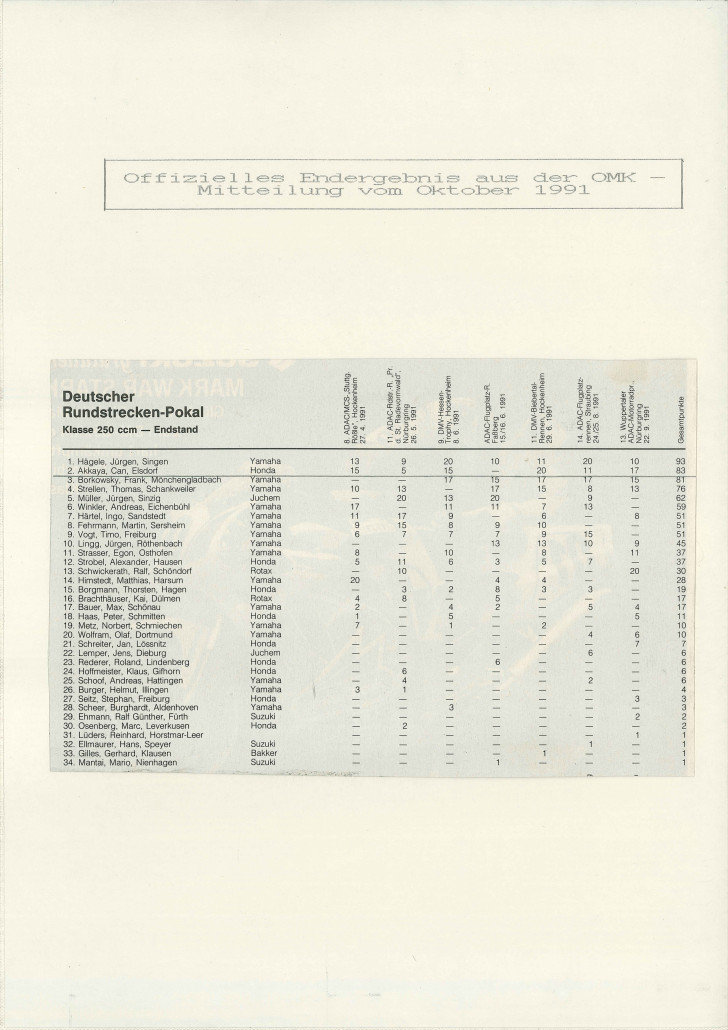 I shouldn’t have give away almost all pictures of me, made by sports photographer and media, to fans and sponsors. I wished I had spend more time back then to scan and post at least the final championship stand of the German Track Trophy of the 250cc GP class in 1991. where I became Vice-Champion and turned to a professional racer. But guess what… there was no such thing as a scanner existing- and if so- where to “post” it, when there was no Internet- no blog- no Facebook, and whatsoever?! Hmmmm…

So yea, there are even TV, radio, and interviews besides newspaper articles all over Europe about me- but they are catching dust on a archive shelve, and who the heck has those lap records and race results, when race organizers- sport authorities and even press has no interest to pay someone to digitalize old stuff, especially when meanwhile those orgs have taken over- turned- and changed multiple times in 20 years?!

You wonder it’s all in German language- and not laying translated on a New York Times server? Yea- that’s because I’m not a Valentino Rossi and I don’t have the interest of the medias that much. At that point I am actually happy to have listen to my wife Marion, to not throw everything away as I retired- like my last International FIM Race License, which is the 2nd highest license in motorsports on this planet. Imagine someone would say I maybe never raced on a level like that… what then huh?

Btw… I also kept my last racing suit which was designed by MJK leathers in the Netherlands only for me. But I had many fans in Europe, whom started asking them to get a suit like mine. MJK put a ‘Akkaya Replica’ suit on their catalog which was a best seller for many years. For me, it was positively surreal when i was sitting in the truck going to the next race, and some rider passed us wearing that suit- or some fan in a paddock asked me to write my autograph on it. Till today I have fans in Germany, telling me that they still have ‘my’ replica suit and not giving it away- even though they got older and ate too much pizza to fit in :-) 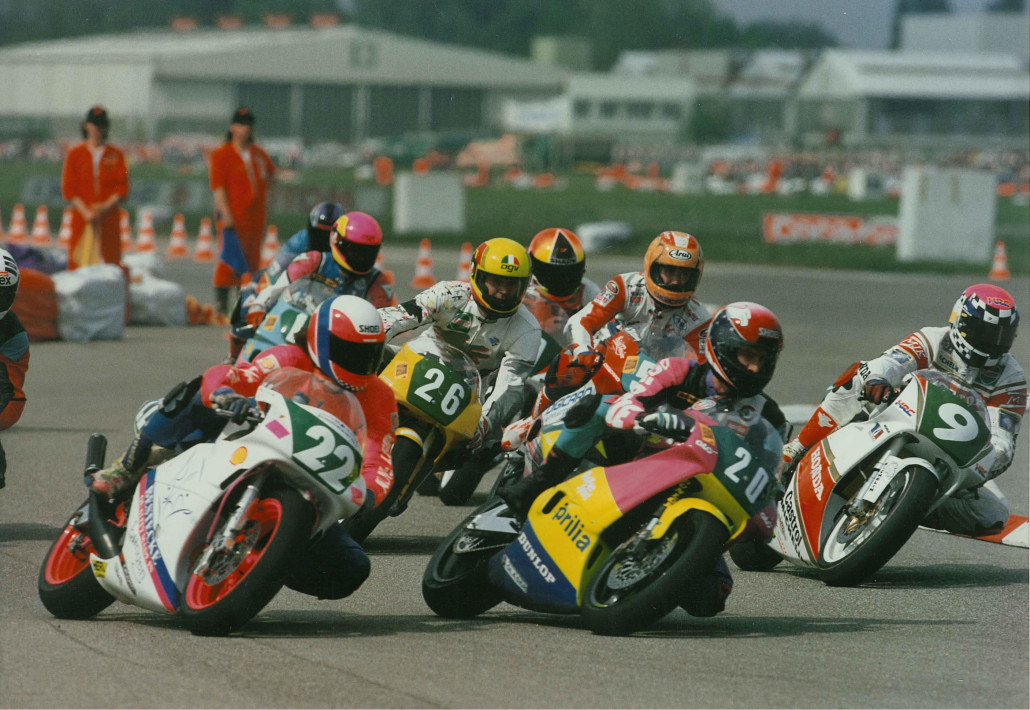 And yea… I didn’t win many races- I didn’t make a lot of Pole Positions- and I didn’t won big championships… I was just somebody who had to compete in German IDM 250cc GP. You might think that’s comparable with AMA Superbike pro racing? Well- that time gap between the riders in qualifying is not a match to what we’ve been through- when a field of 50-60 European champions and vice champions is only 3 seconds apart from Pole to the last qualified rider on the grid. 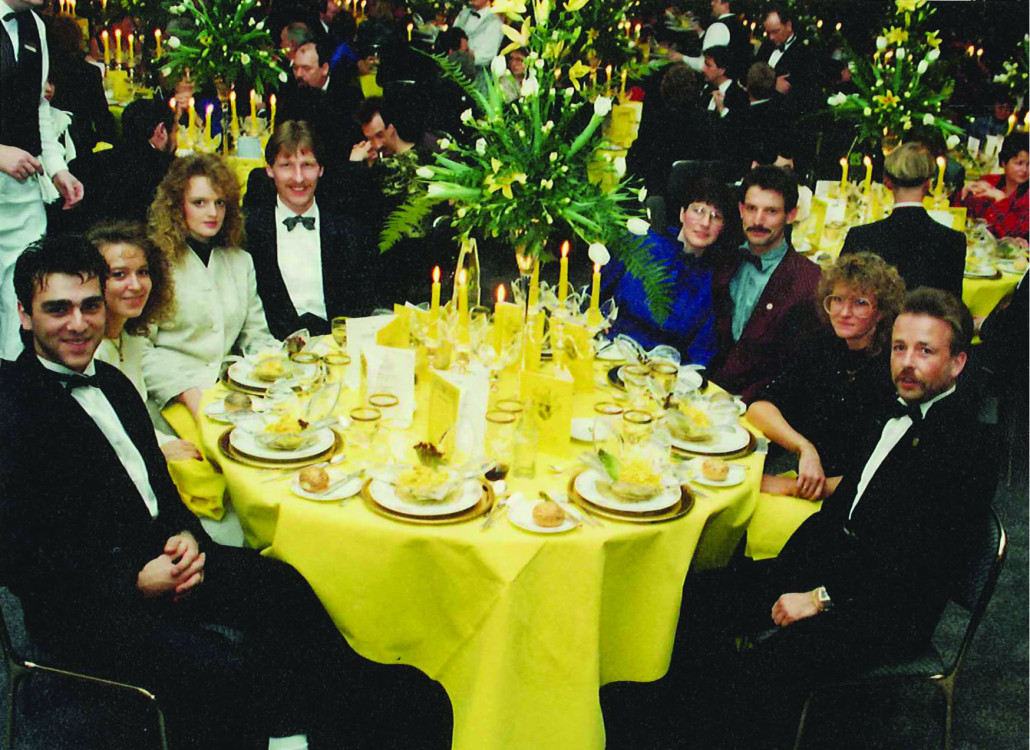 My very first international pro race was on Assen TT and I lead it from the start- almost won it, if I would have been quite smarter with those lapped riders- but i crashed in the last lap. So tell me how could I possibly proof such things like that?! You might just have to believe me here. And hell yea… I could have won way more races, but I found lots of ways to mess up- which was fine with me you know. In the end I was ‘just’ a guy who won some international races- competed in a field which was frequently filled with a bunch of German MotoGP racers like Martin Wimmer, Tony Mang, Volker Baehr, Bernd Kassner- until i caught Honda Germany’s eyes. HRC guys from Japan came and see me as I kept up for a couple of laps on Assen TT Circuit with some MotoGP pro’s until I broke my left foot. 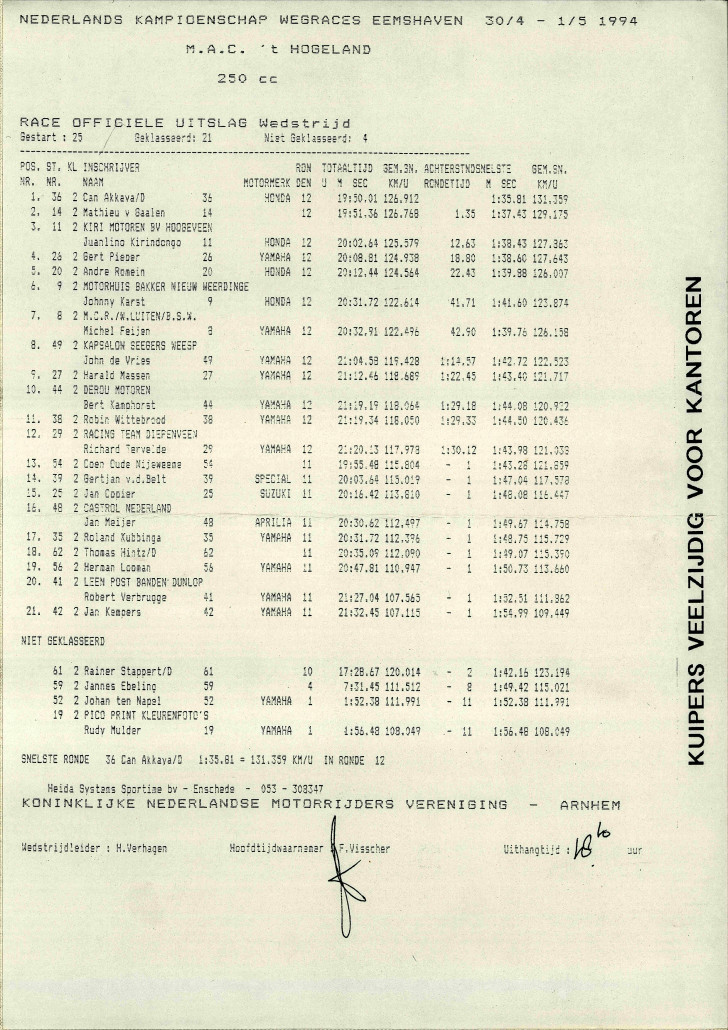 Can Akkaya official race result of a International race in the Netherlands in 1994. He also set a speed record during the race

No, I didn’t had the comfort to learn from a Coach and to earn the respect from these guys till today, no. I was sitting in the pit and cried, because I did not understand why I was 2.5 seconds faster than ever per Nurburgring lap, even though I needed help climbing up the bike caused by a high-sider the day before in Brno/Cz. I left sweat and blood on all tracks over Europe to get to the point where I almost made it to the big show… MotoGP- but I got hurt again.

That 120 mph on Hockenheimring during the qualifying for the European Championship round in Germany was different as all the other crashes I’ve been through… because it was the first time that I was confronted with ‘death’. But even then, my ‘Never Surrender’ character made me trying to slide off the table in the hospital because I wanted to race next day… that was the first time my wife hearing saying “Please, Can… don’t!”.  Till today I have these words ringing in my ears. My fast forward mode was stopped and after that I never found back to the racer I ones was. 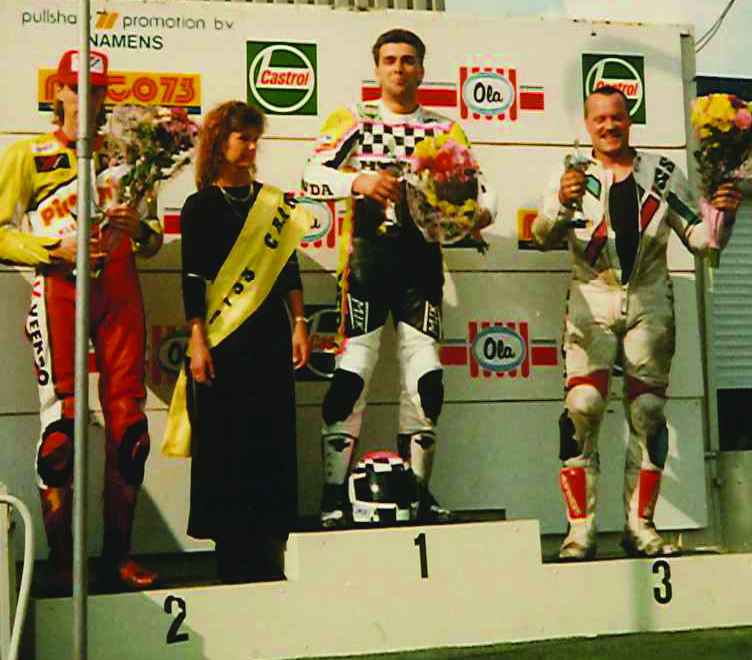 Can Akkaya wins an international race in Oss NL and sets the record of the race. He lead the race from the Pole Position to the finish in 1994

I recovered from my injuries and tried to get back, but the total commitment was gone. Technical problems let my results looking bad, so that I wished to rather have crashed than to see the finish. Meanwhile, radicals burned down my fathers textile company in Germany. He was a Turk you know, and since then I was not calling this place ‘home’ anymore even though I was born and raised there. It was the worst time of my life, and I decided to do one more race and to retire. Marion and I went to Poland to some national race event with minimum equipment in a Van- almost the way it all began- and won the race. We went back home- happy, no regrets, and almost relieved.

We got married and our honeymoon brought us the first time to California- and many additional travels to the land of our dreams. I remember how we fell in love with everything and how deep the wish grow on our souls to finally leave Germany for a place which deserves the term ‘home’ much more.

Till then, I started teaching racers in 2004, and the Mohland Verlag in Germany published my Racers-Story ’25 seconds’ in 2006. Working as an instructor for multiple track day organizers and co-developing a program for a top notch racing school ‘Race Factory’, I felt a vocation for it and started Superbike-Coach. Meanwhile the dream came true via U.S. Green Card and we gave up a safe and secured life in Germany to go home- to California on 3rd of November 2008. Risks and costs was immensely high, but we never looked back- nor we’ve regret a bit.

20 years has been gone but I am still living it… this is still who I am, and pro racing is where my experience as a Coach grew- Yes I am rough and though, but this is also why most of my students love me for. However, I’d like to share with you my memories from now on. I truly hope never to regret, because I put my heart into teaching riders in my motorcycle riding school in California, the Superbike-Coach Corp.