I was hell of skeptical, maybe even more as you are right now, because you might not just questioning the quality- but also because they are a sponsor of the Superbike-Coach Corp and that I would be obligated to say only good things about it. No no… our sponsors become a sponsor because of their products in the very first place, so for a reason. And so is GoMotoTrip Custom Motorcycle Fairings now.

It was back in Europe, when I crashed a Yamaha R1 at about 200 km/h and pretty much everything was to fix. You either know or can imagine what the costs are to replace everything broken with original parts, especially fairings. That’s when I started looking for aftermarket fairing kits and found some from China on ebay. I thought I’d give it a shot since the kid was very cheap and comes painted. The picture were looking good so I ordered. It took about 4 weeks to get it delivered and when it did- man was I disappointed. Nothing seem to fit as it should. Not a single hole was right and had to be oval drilled to get there. Uneven plastics and too hard to bend, so pretty easy to crack. Supports which are reaching to brackets broke in no time. The paint job was poorly done. Too thick here- too thin there, and running noses all over. From 15 yards away, a good looking bike after all. However, I was in the ‘never again’ mode.

Then in 2017, we got a new school bike, a salvaged 2014 Ducati Panigale 1199R (part1, part2). It had to be rebuild. I hated the standard red ‘Ferrari image’ but I was not willing to spend a fortune for a custom paint job, so I started looking around again. Loaded with tons of design ideas I started talking to multiple Chinese companies if they would be able to make it happen, as well talking about my bad experience. I found ‘Wilson’ from GoMotoTrip who send me tons of close-up pics, and man they were looking good. When he even offered to send it back if I wouldn’t like it- I was sold.

So I was about to get an entire fairing kit including all inner plastics and a wind shield and painted after my own design for about 500 bux including shipping. I was excited and nervous as hell when it arrived. Unpacking revealed a 99% perfect paint appearance and logos under a phenomenal clear coat. The ABC plastic was light and flexible as it use to be from factory. The installation was a walk in the park. Everything fitted as it should.

Since then, GoMotoTrip is Superbike-Coach’s source for fairings and paint jobs, no matter if it comes from China. Their service and quality speaks for itself, so what?! They are our sponsor now and delivered just recently a kit to rebuild one of our rentals. The damn thing is almost too sexy to rent it out and to get beat up again. Though, we know that GoMotoTrip has our back now when that happens. Really cool stuff which is affordable and small flaws take-able. You can’t go wrong. 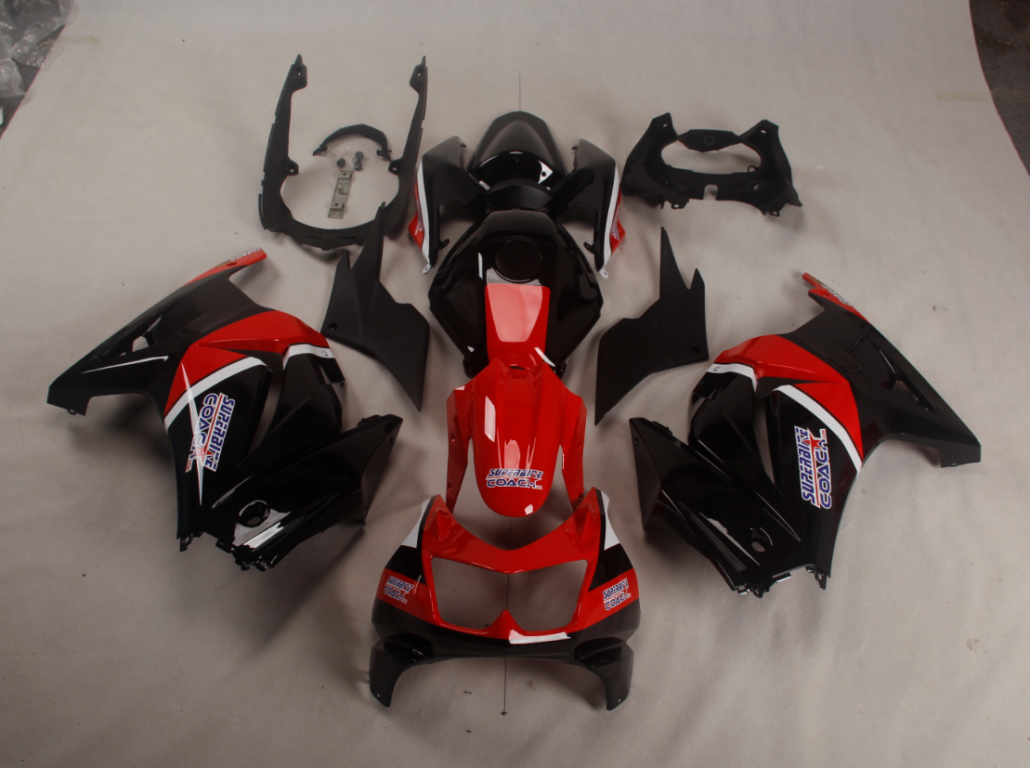 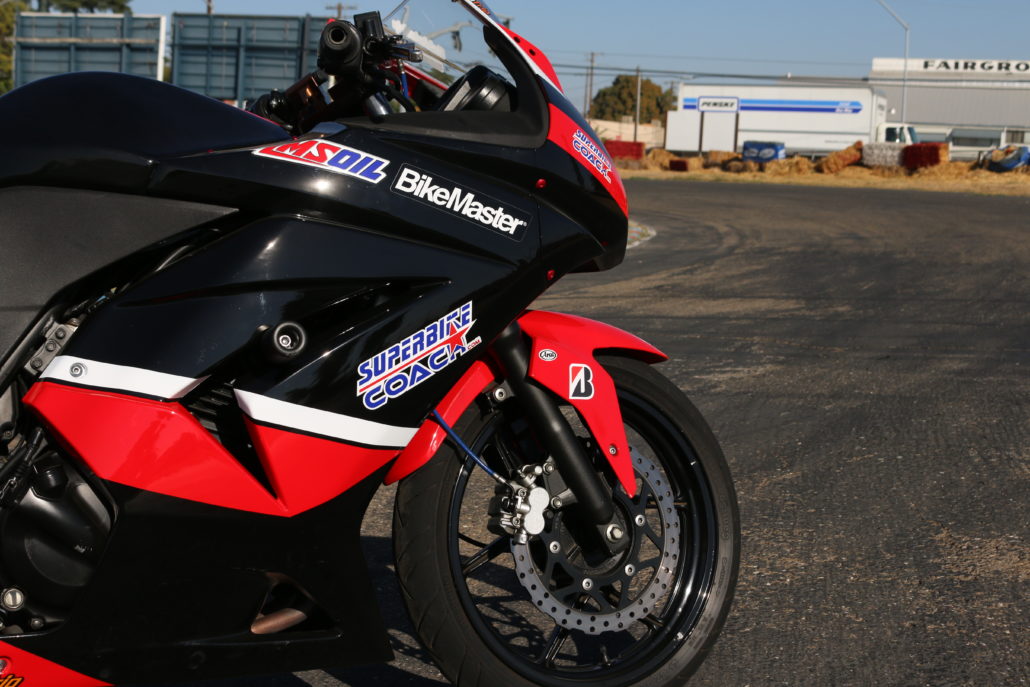 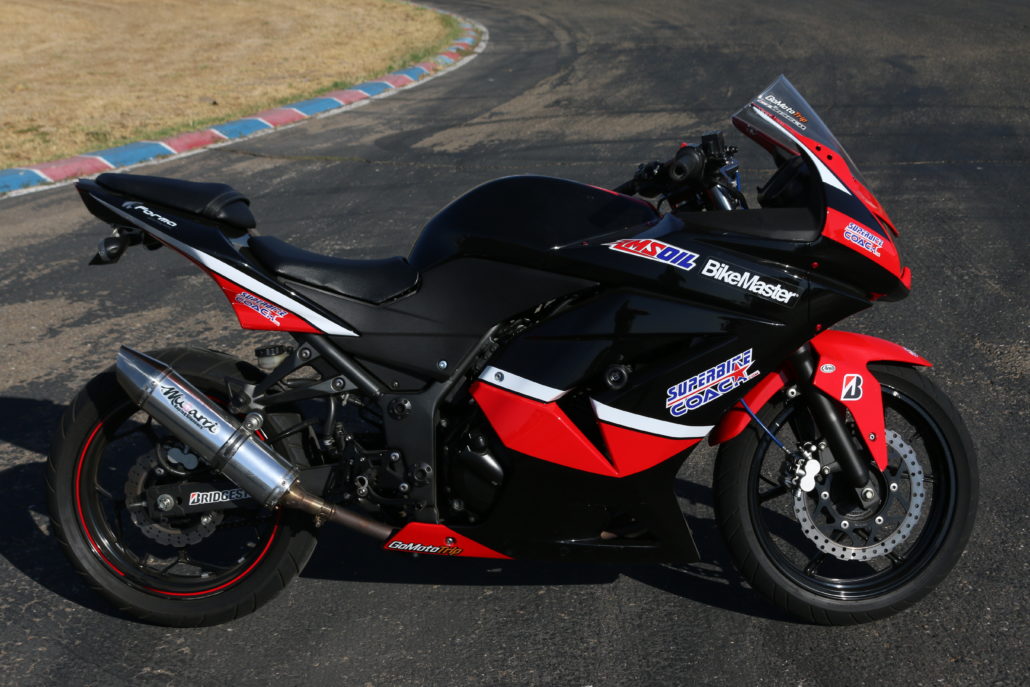 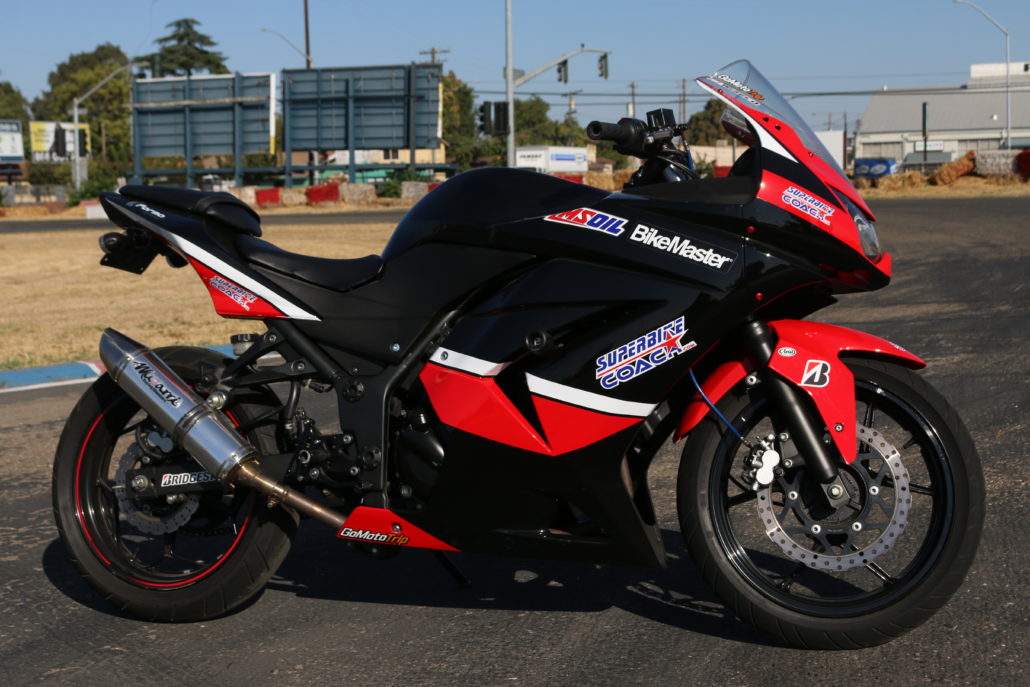 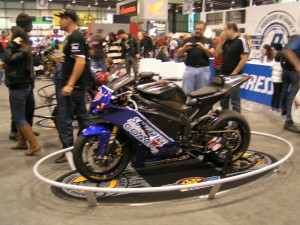 I am so pleased to have BikeMaster on my side. These guys really rock. I’ve never seen a company that crazy and enthusiastic about bikes- maybe this is why this relationship has been successful since 3 years now.

BikeMaster is specialized with tools and garage equipment. A pro mechanic- or a hobby technician find with them what they need for the job… way cheaper though, because BikeMaster has by far the most reliable pricing.

All Superbike-Coach school and rental bike are having BikeMaster parts on them and are well maintained with BikeMaster tools and oils. Even our transport equipment depends on them. Racing stands, tie downs, ramps… everything. In other words… BikeMaster is a huge part of the Superbike-Coach development and success.

BikeMaster was even in our ‘MotoGP Project Bike’ involved, for which we needed proper tools to get things done. But that’s not all. BikeMasters portfolio has everything what you need if you like to get things done yourself: batteries, mirrors, lights, fluids, cleaner, special tools, garage equipment, and much more- like the most sexiest race stands from aluminum I’ve ever seen.